Effects of depression on the body and its well being

Depression and stress are closely related. Stress hormones are known to increase the heart rate and make blood vessels tighten. This puts the body in a permanent state of urgency and emergency. This can cause heart diseases in the long run.

There has been many studies and in particular a study from Harvard Medical School which proved that the patients who are suffering from depression when hospitalized for heart diseases, are two to five times likelier to have severe chest pain, stroke, attack over the course of 1-2 years.  Cardiovascular problems recurrence is more closely linked to depression as compared to conventionally thought diseases like smoking, diabetes, high blood pressure, or high cholesterol. Heart disease on another angle can also cause depression.

Depression and hyperglycemia are known to be a recurring condition. In hyperglycemia the body is not able to tolerate glucose and it can lead to kidney diseases and type 2 Diabetes.

Recognizing the symptoms of depression early on is important since it slowly weakens the immune system of the body. The T-cells of the body are impaired by depression which can lead to conditions such as asthma, heart conditions, osteoarthritis and autoimmune disorders.

Depression can cause physical symptoms and may worsen certain physical illnesses or conditions.

Depression is known to effect and worsen many physical conditions such as:

Depression can in another way affect the weight, diet patter and appetite leading to diseases like obesity-related illnesses, type 2 diabetes, etc. Many other people lose their appetite, others might have stomachaches, cramps, constipation, or malnutrition.

Competition Leads to Depression In Girls – Truth and facts

Competition is everywhere and almost inevitable in the current times. All people whether small or big are exposed it to it. It is both good as well as bad. Competing to win is very important for girls’ social relationships and it may cause depression if they lose or do not come first. The scenario for boys is completely different. According to the study performed by Dr. David Hibbard from California State University and Dr. Duane Buhrmester from the University of Texas The consequences of this completion on psychological well-being and social role in adolescents depends on both the type of competitiveness and the teenager’s gender.

In a competing world, one is set to win and others are set to lose. If the spirit of competition is taken far from just winning and losing, it may lead to selfishness and lack of compassion. It can affect people socially and emotionally. People of different genders have different effects of these changes.

Sickening competition – this has been the issue with every one of us. The ever increasing population has made everyone run faster than other to take the limited fruits hanging in the future.  You’re a dancer? That’s not enough. You have to be an excellent dancer. You’re a coder? Watch her code in Python. She’s better than you.  You’re a singer? See she has a higher pitch than yours.

Teen Suicide has been a nightmare situation in the US. Currently there is thousands of teen’s suicide each year in the United States. Shockingly, it is the third leading cause of death for 15- to 24-year-olds in the US.

Almost 1 teen among 5 thinks of suicide as an option annually. According to the earlier statistics, there are about 1 million teens who attempted suicide out of which 300000 needed/received medical attentions whereas 1700 died. Currently, the most effective suicide prevention programs equip mental health professionals and other community educators and leaders with sufficient resources to recognize who is at risk and who has access to mental health care.

Some Shocking facts about Suicide in Teens

Checking on the method of Suicide

The first way of suicide in teens is by the guns or firearms at home. Next method is overdose using over-the-counter, prescription, and non-prescription medicine. Suicide rates and attempt rates differ between boys and girls a lot. While more girls attempt suicide, boys tend to die twice as much as girls due to suicide. The reason is girls think about suicide, but use drug overdose or cutting the wrist as the method, whereas boys think less but take a lethal method like guns, hanging, etc.

Suicide cases in 90% of teens who kill themselves have some type of mental health problem, such as depression, anxiety, drug or alcohol abuse, or a behavior problem. Some of the teens will be victim of physical or sexual abuse causing them to take extreme step.

While time spent on social media is considered a risk factor for mental health problems, the more important factors may be related to which platforms are used and the user’s online experiences. 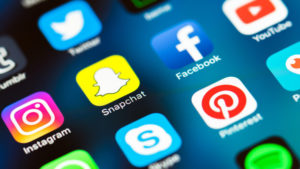 Research has suggested a link between spending extended time on social media and experiencing negative mental health outcomes. New evidence suggests that whether it’s distracted attention from using multiple social media outlets or the emotional consequences of a negative online experience, it’s the quality—not so much the quantity – of social media engagement that may affect mood and well-being.

A study published online in Computers in Human Behavior on December 10, 2016, found that the use of multiple social media platforms is more strongly associated with depression and anxiety among young adults than time spent online.

The analysis showed that people who reported using the most platforms (seven to 11) had more than three times the risk of depression and anxiety (odds ratio of 3.08 and 3.27, respectively) than people who used the least amount (zero to 2 platforms).

These increased odds held true even after adjusting for the total time spent on social media and other factors such as race, gender, relationship status, education, and income.

As to why using more platforms might be detrimental, lead author Brian Primack, M.D., Ph.D., director of the University of Pittsburgh Center for Research on Media, Technology, and Health, suggested several reasons.

One possible mechanism is that people who use many different platforms end up multitasking, such as frequently switching between applications or engaging in social media on multiple devices. Studies have found that multitasking is related to poorer attention, cognition, and mood.

Other potential problems of using multiple platforms include an increased risk of anxiety in trying to keep up with the rules and culture associated with each one and more opportunity to commit a gaffe or faux pas since attention is divided.

It is important to note that this study provided just a one-time snapshot of these people’s moods, said Joanne Davila, Ph.D., a professor of clinical psychology at Stony Brook University with a specialty in interpersonal relationships among adolescents and young adults.

“Using multiple platforms might lead to these changes in mood, but it could also be that people who are depressed or have a propensity for depression use more social media sites,” she said. “In this area of research, we have to think about what’s causing what.”

Some of Davila’s studies on social media and behavior support a causal role for social media use. Her research has not focused on how many platforms people use, but their overall experiences. In one study, she surveyed a group of volunteers three weeks apart to look at short-term behavioral changes and found that time spent online was not strongly linked with subsequent depressive symptoms. Rather, having negative experiences—which included gaffes, unwanted contacts, or cyberbullying—increased the risk for depression.

Davila suggested that these experiences lead to rumination in the users, who may start thinking of themselves in a negative light.

Samantha Rosenthal, Ph.D., M.P.H., a research associate in the Department of Epidemiology at the Brown University School of Public Health, also found that the nature of social media interactions is a significant factor for mental health outcomes. In a study published last November that surveyed 264 young adults, she and colleagues explored how negative Facebook experiences influenced depression risk. The survey revealed that these negative events are common—more than 80 percent of the participants had at least one negative experience on Facebook, and 60 percent had four or more.

After adjusting for other factors, Rosenthal found that negative Facebook experiences were independent predictors of depression risk. The precipitating event did matter, as bullying or other mean behaviors were associated with about 3.5 times higher risk, while unwanted contact was associated with about 2.5 times higher risk. Frequency of negative events contributed to risk as well, though even one instance of bullying could increase the risk of depression.

The participants in this project were already enrolled in another family study, and the researchers knew their health status dating back to 2002. This provided more reliability that the negative Facebook events were contributing to an increased risk of depression as opposed to reflecting depression.

Understanding how social media can lead to depression is one thing; using that knowledge to help people is another. The use of social media is an integral part of being a citizen in today’s modern world, said Primack.

He pointed out that the 11 platforms in his study serve many personal and professional functions, and some individuals may need to use all of them. “I don’t think we need to start quantifying social media use in a depression screen, nor will I tell patients that they are limited to a maximum of two social media platforms.”

Nonetheless, discussing social media use with patients is important, emphasized Primack, who is a family medicine physician. It is analogous to asking people with depression or anxiety about their experiences when they go out in public.

“These are virtual spaces, but they still create real emotions,” he said. “By making a patient more aware of what to expect and the possible pitfalls, it can improve their chances of having positive interactions as opposed to negative ones.”