Barack Obama hinted one controversial statement when he said in January that “folks can make a lot more by learning a trade than they might with an art history degree. Although he was forced to apologies by an angry professor of history, he was every word right. 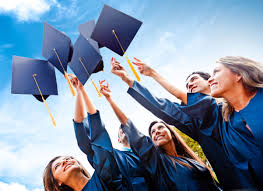 According to research conducted, the center found that out of 11.6 million jobs created in the post-recession economy, 11.5 million went to people with at least some college education.

Out of these 8.4 million went to workers with a bachelor’s degree or higher. People with a high school diploma landed to just 80,000 jobs in the recovery.

Does the degree you select has a role in Success?


The plain answer to this question is yes, it does. There are many degrees which pay for themselves while some others does not pay. Some other interesting facts:
1.College graduates aged 25 to 32 who are working full time earn about $17,500 more annually than their peers who have only a high school diploma.
2.Not all degrees are equally useful.
3.A residential four-year degree can set you back as much as $60,000 a year

Engineering or other had to learn subjects surprisingly fetches far more returns as compared to simpler to learn subjects.
In addition to this data, the research conducted by one company said that the average return on college is falling. In 2010, students could expect to break even within eight years of finishing school. Since then, that has increased to nine years. And if this trend continues, students who start college in 2030 without scholarships or grants, it said, may not see a return on investment until age 37.

Study conducted by Goldman Sachs for Economic Returns of Degree

Goldman Sachs tried to find the economic return on college education as the total all-in cost of college (net of grants and scholarships) and the wages foregone during the 4 years of study versus the wage premium that undergraduate degree holders enjoy versus high school graduates over their working life.