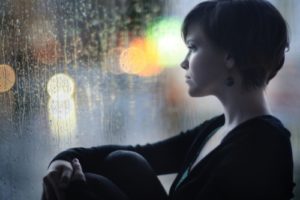 Ketamine Helps Patients With Bipolar Disorder – All you need to know about Ketamines?

Ketamine is an anesthetic and if it is used in higher doses it can also relieve depression within hours when taken intravenously. According to a research by Morteza Jafarinia and colleagues in the Journal of Affective Disorders, oral ketamine can help in treatment of mild to moderate depression in people with severe pain.

This effect of Ketamine is the result of the blockade of a particular receptor for the neurotransmitter glutamate (the NMDA glutamate receptor). Researchers originally thought that the NMDA blockade was linked to ketamine’s antidepressant effects, but this appears not to be the case.

Ketamine are strange substance and they works in a completely different way from other medicines you have ever taken for depression, bipolar, PTSD, or anxiety. Most of the medicines work by manipulating the quantity of certain neurotransmitters in your brain, which can have miserable side effects. Ketamine works differently since it briefly blocks a certain type of receptor in the brain from being triggered. Ketamine is not a one-time, permanent cure but it has the potential for lasting relief.

In general, a series of multiple injections gives longer, faster and lasting relief than a single infusion, and younger patients tend to get longer relief than older ones. For patients who relapse, getting additional infusions can often restore the relief.

According to a study, adding two more existing drugs to Ketamines, prolongs the effect of Ketamine which otherwise has very short lived effects. They after the addition effectively reduce symptoms of depression and suicide in patients with bipolar depression.