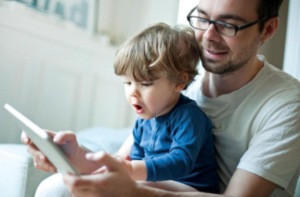 In this disorder the understanding of language is below the level appropriate to the child’s mental age. In almost all cases, expressive language is also disturbed (a fact recognized in DSM-IV by the term receptive-expressive language disorder). The development of receptive language ability varies considerably among normal children. However, failure to respond to familiar names, in the absence of non-verbal cues, by the beginning of the second year of age, or failure to respond to simple instructions by the end of the second year, are significant signs suggesting receptive language disorder – provided that deafness, learning disability, and pervasive developmental disorder have been excluded. Associated social and behavioral problems are particularly frequent in this form of language disorder.

The prevalence depends on the criteria for diagnosis, but a frequency of up to 3% of school-age children has been suggested (American Psychiatric Association 1994). The prognosis is poor with around 75% continuing throughout childhood. The prognosis is worse when the language disorder is severe, or there is a co-morbid condition, such as conduct disorder. Treatment is through special education. The psychiatrist’s role is the same as in expressive language disorder.