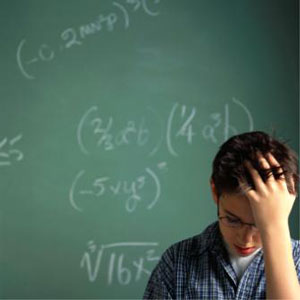 These problems are not due simply to lack of opportunities to learn and are evident from the time of the child’s first attempts to learn mathematics. There has been no study of its epidemiology, although it is thought to be quite common. Although it causes less severe handicap in everyday life than reading difficulties, it can lead to secondary emotional difficulties when the child is at school.

The causes are uncertain. Dyscalculia occurs in some adults with parietal lobe lesions, but no brain damage has been found in children with specific arithmetic disorder. It seems unlikely that there is a single cause. Assessment is usually based on the arithmetic subtests of the Wechsler Intelligence Scale for Children (WISC) and the Wechsler Adult Intelligence Scale (WAIS) and on specific tests. Treatment is by remedial teaching but it is not known whether it is effective.