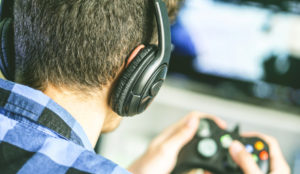 Can Video Games Help Relieve the Symptoms of Depression?

According to research and multiple studies conducted across the western world, there is promising results shown in the treatment of depression with a video game interface which fights with underlying cognitive issues associated with depression. They just do not manage the symptoms only.

There were many studies conducted on the implications of video games on depression. The first study enrolled older adults diagnosed with late-life depression into a treatment trial where they were randomized to receive either a mobile, tablet-based treatment technology developed by Akili Interactive Labs called Project: EVO or an in-person therapy technique known as problem-solving therapy (PST).

Project: EVO was an app running on tablets or mobile phone and was designed to improve focus and attention at a basic neurological level. The people who were using the app from Project: EVO demonstrated specific cognitive benefits compared to the behavioral therapy, and saw similar improvements in mood and self-reported function.

Joaquin A. Anguera, from University of California, San Francisco (UCSF), who is a researcher in neurology and psychiatry, performed this study and intervention manufactured by Akili Interactive Labs, Boston was used.  The study is funded by National Institute of Mental Health.

As per another research study going on at the University of California, Davis – using video games and brain training applications can help treat depression. The study found that not only can video games potentially treat depression, but when participants are reminded to play games, they are more likely to play more often and increase time playing.

An App, a Video Game, and a Placebo for Depression

Video game has nothing to do with mental health, but it can help fixing brain function in people who suffer from this particular flavor of depression.