On the fold of last century and all throughout the last one, there were predominantly joint families which moved to nuclear families. This trend is also changing in the recent times where one parent households, cohabitation, same sex families, and voluntary childless couples are increasingly becoming common. 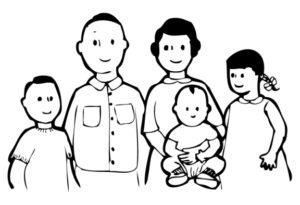 As you might know, the term nuclear family refers to the family group which comprises of parents and children. Extended families on the other hand have those with kinship ties. Since families has been the basic social unit for the expression of love between man and woman raising of children since ages, changes in its structure is definitely bringing lot of changes we are going to experience.

Ideal families are in-existent all across the modern history, although the nuclear families are also on a decline. All being said and done, the three-generational family, which includes grandparents in addition to parents and children, has the greatest support for raising children and continuation of the family lineage.

The nuclear family is a historical aberration and ultimately doomed to fail.

Below are some of the latest trends in the families and their structure which is fast growing at least in the west.


1.One recent trend mentioned the changing nature of families where there is a prevalence of single-parent entities.
2.Cohabitation or live in relation has common living place without the benefit of legal, cultural, or religious sanctions.
3.Formal marriages between homosexual partners also started getting popularity
4.Voluntary childlessness in women is also seen proliferating in current times.

The nuclear family is unsustainable economically

Since the last 70,000 years of human history we have lived very successfully in extended families and it is only since last 100 years we have been trying something different which is showing its issues and concerns. Nuclear families were a norm, but now the pace has been against it.